And that was a question which make my cigarette fall from my mouth. Somebody just asked me if I thought a flower tattoo would be a good idea for him, and the answer is pretty simple: of course you can get it. And there are two main reasons for it:

First, everyone is free of choosing what he or she wants to get tattooed. It’s your body it’s your choice.

And second, since when does flower are a just for girls symbol?

So let’s start by talking about the meaning of flower tattoos. 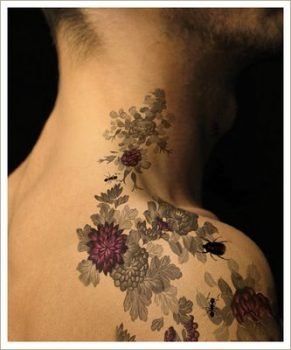 Flowers have had a great meaning since the humanity began. They were appreciated by their beauty, and later for their aromatic and health properties. Nowadays they are still used as such, and also have become very popular in gardening, as gifts, and so on.

The flowers have always been part of the societies, and they are identified as an aesthetic symbol (usually associatted to the feminine figure, but not exclusive). Other meanings that flowers have are love, luck, protection and also can be used as a warning symbol.

The meaning of flower tattoos varies widely depending on the type of flower, the size, the number of flowers that are on the design, and most importantly, the color of the flower. Of course there are a lot of other details that may be considered for interpreting a tattoo, but these will depend on the design itself.

The amount of flower species is so huge that we could write a complete book about the meaning of each single flower, but I don’t have the time and you neither would want to read all that info, so let’s just keep with some of the most common flowers used on tattoos and their meanings according to the pop culture or the meaning given by some ancient civilizations. 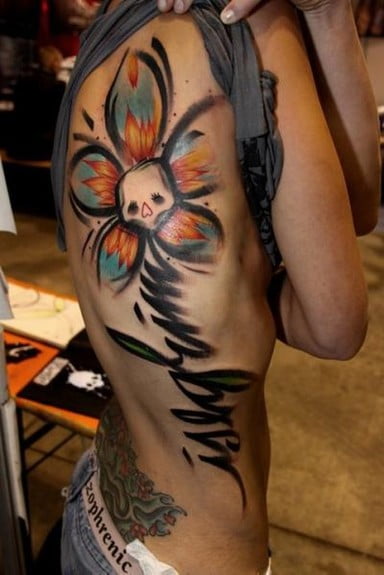 The meaning of the rose tattoos

I’m almost sure that the roses are the most common type of flowers done on tattoos. It’s a common choice for both men and women, depending on the color of the rose, the tattoo may have different meanings. Roses are used a lot as background in a lot of designs, and they are pretty common as tattoos on the back of the hand. The different colors mean:

The lotus is a flower from south and southeast of Asia, where it became a very important symbol for many of the religions of the region. They are widely used in the hinduism and budhism traditions, but it’s also mentioned on the Bible.

The lotus flower grows on muddy waters or swamps, so it is seen as a symbol of perseverance and tenacity on hard situations. Many people who have passed through though moments in their lives chose to get these flowers tattooed as a reminder of their success.

In the Hinduism the lotus has a spiritual meaning and they are seen as symbols that awaken the spirit and takes us to the real life. 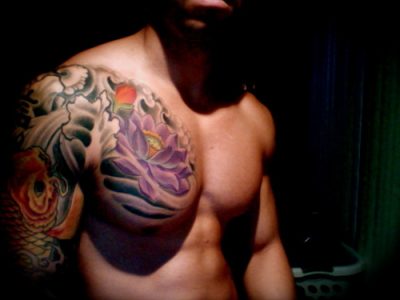 The amaryllis is a plant from west and south of Africa, it represents the victory after a confrontation.

According to the Greek mythology, Amaryllis was a shepherdess who was in love with Alteo, a young shepard with the strength of Hercules and the charm of Apolo. Amaryllis always tried to get Alteo’s attention but he was never aware of her, he dedicated his time in taking care of flowers and appreciating their beauty. One day Amaryllis disguises herself as a flower and stands outside of Alteo’s house, during the next 30 days she waited from him, and each day that he didn’t see her, she pierced her hearth with a golden needle. After 30 long days Alteo went out of his home and found a gorgeous red flower standing in from of his house which has been stained by Amaryllis blood.

These flowers were given to scholastics, writers and other famous artists on the roman empire. And as the story tells us, they represent sacrifice and commitment to what we most love.

While I was reading about this topic I realized that many of the flower meanings depend on the culture, the meanings of some flowers may vary depending on the country where we are. Never the less we can appreciate two meanings that are usually give to the flowers: these are symbols of devotion and therefore we use to give them as gifts in special occasions, and also are symbols of beauty.